The Institute of Estuarine & Coastal Studies

The Institute was set up by Dr Neville Jones, the first Director, at the University of Hull in 1982 as a collection of academics in several departments of the University who were carrying out research and consultancy on the Humber and adjacent coasts. It then expanded to employ its own staff. Subsequently it was involved in the environmental studies for every major and most minor developments on the Humber Estuary and on many other areas worldwide.

In addition to carrying out desk studies, the Institute had a long history of field and laboratory ecology and its first benthic (seabed biology) laboratory, which undertook commercial services, eventually split from the University to become UnicoMarine (now Thompson Ecology). During the 1980s the academics linked to the Institute employed short-term staff to carry out contracts and the increasing portfolio this showed the benefits of having a well-established name.

Professor John Pethick took over as Director in the late 1980s and started to increase the permanent staff base who could then develop their own reputations and client base while still having PhD and MSc students for particular topics. The benthic laboratory facilities and wetland ornithology were re-established in 1991. Most of the field and office staff then left in late 1995, some to join Professor Pethick in his moves to Cambridge and then Newcastle and Dr Mike Elliott took over as the third Director in 1996. With the Deputy Director Nick Cutts, who had been with the Institute since 1990, Mike then grew the Institute to eventually employ up to 20 permanent staff plus short-term staff, and many postgraduate students, visiting Interns and international collaborators.

The Institute then went on the carry out research, advice and consultancy for many organisations in government, statutory agencies, industries, and NGOs. It constantly was involved in European Union-funded projects and each year it always had 2-4 projects from the from Framework Programmes, INTERREG, FAIR etc.

The Institute was expanded further in the 1990s in line with the need to encompass the social sciences and integrate these with the natural sciences. Hence a major initiative over the past 2 decades was to include marine governance, management and socio-economics. The Institute also grew its capabilities in seabird ornithology, GIS, numerical ecology, and toxicology and experimental animal physiology. The laboratory and desk-based sciences in the Institute were therefore designed to complement each other.

Hence over its 37-year history, the Institute developed an international reputation by collaborating and publishing with hundreds of colleagues worldwide. It attracted more than £20 million in grants and commissions, published hundreds of papers, supervised over 50 PhD students, and hosted many visiting Interns, postgraduate students and international researchers and academics. It produced hundreds of reports and gave presentations at a vast number of conferences, workshops and meetings. Notably from 1991 to 2008, the Institute hosted the Taught MSc degree in Estuarine & Coastal Sciences & Management whose several hundred students have gone on to work in research, teaching and environmental management worldwide.

Professor Mike Elliott stepped down as Director in July 2017 and was succeeded by Dr Rodney Forster as Director in August 2017. The University disestablished and closed down the Institute in July 2019 and many of the staff who left are now Associates of IECS Ltd. In addition to be the Director of IECS Ltd, Professor Elliott retains a part-time position as Research Professor of Estuarine & Coastal Sciences in the University of Hull and is leading research projects through the University. The highly-regarded benthic laboratory now operates as the Hull Marine Laboratory (HML) under the auspices of the Department of Biological and Marine Sciences at the University of Hull (see under Associated Facilities).

Books and Major Reports published by the Institute Directors and staff 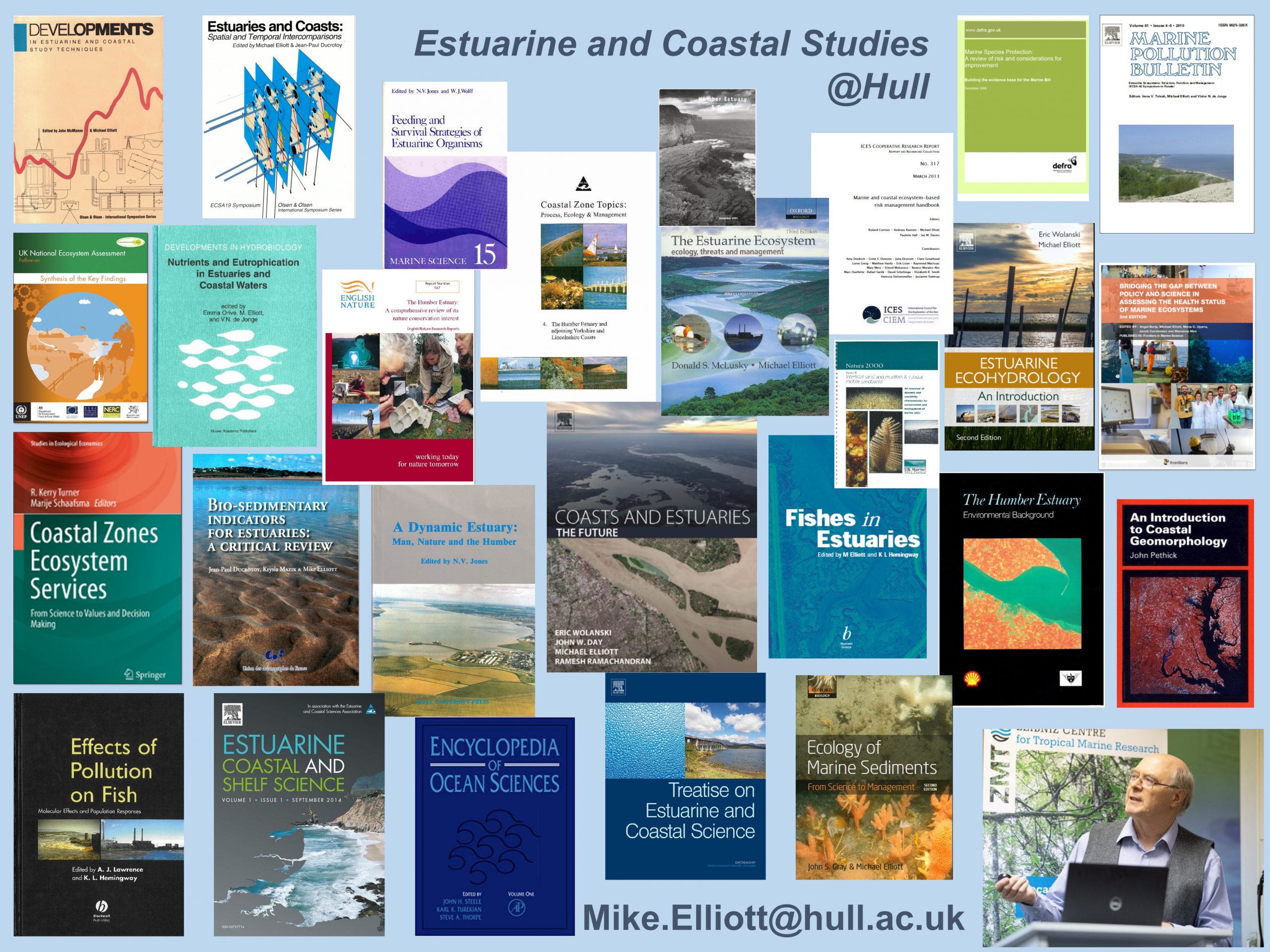